Real Life (or what's known as possibly sharing too much). 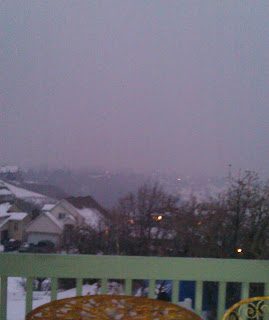 You're young. You dream. Life is all full of possibilities, anything can happen, you can become anyone. So one day you turn around and you are over 50, and you are wondering how did I end up here?

I've read a few autobiographies. I just finished Jeff Dunham's autobiography. Support for what most parents could look at as a very weird interest has helped him not only have a successful career, but to NEVER have another job besides ventriloquist. Wow. Advice. Support. Unconditional love. It can change your life.

Now, I certainly don't claim to be anywhere near a perfect parent. In fact, I feel like I'm at the age where some of my parenting "skills" are coming back to haunt me. My oldest, a son, just turned 32. My daughter is 29. My husband and I now have 5 grandchildren. Neither of my children have committed a serious crime, they are self supporting and seem to be doing a great job with their children, and they have pretty durned good spouses. I've apparently installed a few issues with them here and there, but over all, maybe we are ok at working it all out.

My home life as I was growing up? Hmmm. Well, it wasn't all bad. But as an adult, looking back, there was some very messed up stuff. My parents had to get married and the result was me. They didn't stay married long. My mom told me they got divorced because I would cry that I didn't want him to come home. The foundation for therapy session #1. (Ok, I'm just kidding, that hasn't been any therapy... yet.)

Growing up in a Mormon community, things are very centered around a traditional family. I really wanted a father. Mom brought home a man she met at work. Later on, family members told me they told her not to marry this guy, he was 11 years older than her, and he may have left his wife for her. I don't know this for sure, I only have his family's reaction to go by. Of course, my mother would never have admitted to this, and she later ranted that she wished someone would have told her not to marry him... so I honestly have no clue. Any way, I figured I would have a dad, and so I insisted on using his last name even though there was no formal adoption. What followed was two sisters and about 20 years of fighting. I lay in bed at night listening and knowing from a very young age how ridiculous it was. Their words made no sense, nothing was ever resolved. I remember one night she decided to leave in the car after an argument and he went after her and jumped on the hood of the car. One of my sisters came out of her bedroom screaming that he was going to kill her. I was so angry at their idiocy.

When I left home for college I knew there was no going back. I never wanted to be around that again. I met a man after I had been in college a year. While I really considered him a friend, a crisis one night made me realize how much I depended on him for support. Soon it was evident we would be getting married. He was listening in on the extension when I broke the news to my mother. Her "advice"... "Marry someone good looking, think of your kids!" She didn't like red hair and freckles.

I am so lucky to have never taken that "advice". I have been with this wonderful man for almost 32 years and my assessment of him thankfully was based on so much more than "looks" (He makes me laugh, and I find THAT sexy!) I feel like my kids turned out pretty good looking and what's very funny about that statement is that they take after my husband's side of the family. You could put our kids along side his sisters' kids and they look more like siblings than cousins. Their kids are turning out beautiful as well. My little red headed 2.5 yo granddaughter particularly turns heads. I love my kids, their spouses and my grandkids. All of them.

I wasn't really physically abused during childhood, but there was a definite psychological abuse. My sisters and I still struggle with a lot of things. Thankfully, they made a measure of peace with their father before he died. Our mother must have brought out the worst in him. She did divorce him and married and divorced a third man. What's sad, is that she has absolutely no self confidence (for which she blames her Victorian age parents) and so she attacks everyone else because she expects that they are thinking the same way she does. My mother would get in horrible fights with her parents and while I know my grandparents didn't discuss certain topics, I never doubted their love for either her or me. Looking back I have to think my core values came more from my grandmother than my mother.

Forgive me if this post is dark. I'm really ok, thanks in large part to my husband and his mother. For sure I'm more normal than I have any right to be. There's a line in the movie "Devine Secrets of the Ya-Ya Sisterhood" where Sidda says "If I would have had a normal childhood I would have had nothing to write about". Well, I'm not a writer. But I have always needed to create. I think I escaped into the theatre early on because there I could be someone else. I could lose myself in music playing one of three or four instruments. I've learned to crochet, x-stitch, do bead work. For the past ten years it's really been all about the glass. I have a feeling it's because of how I grew up... to a certain extent I can control glass. But, maybe I'm just an hypersensitive boob who over thinks things. Either way, I'm happy to be where I am now. I'm still a work in progress, and I'm doing everything I can to make sure the progress is positive. If you've read this far... thanks. I hope the blessings you need in life are yours, and that you feel their effect every, single, day. 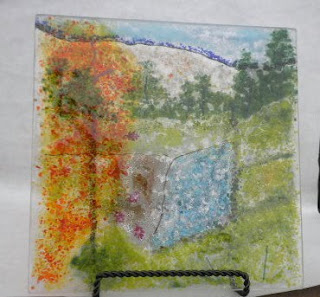 Posted by CeltCraft at 2:55 PM 2 comments: Links to this post