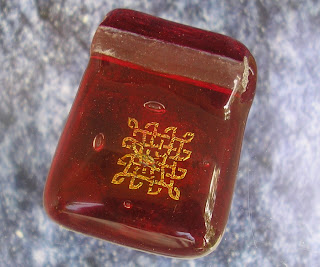 I'm just trying to keep my head above water this summer, although that is a VERY non literal comment! Apparently the west has decided that this summer will be hot and dry! If I had power over the weather (huh!) I would make sure that some of that rain ya'll are getting Texas would just fling its way up here. There have been so many fires and temeratures over 100 degrees. I'm wilting just writing about it. And on top of that... I'm supposed to sit at a 1200 degree torch and/or light up a 1500-2000 degree kiln! Yep, let me get right on that!
I sold at the Payson Scottish Festival and thought it would be fun to include these pictures for those of you who have no clue what a "caber" toss is. This is where guys with more brawn than brain (just kidding!) try to flip a telephone pole end over end! The poles at this event were 16 feet long, 85 lbs and 19'3" long and 125 lbs. Yeah, it is as tough as it looks but it's one of my favorite sporting events at the games. 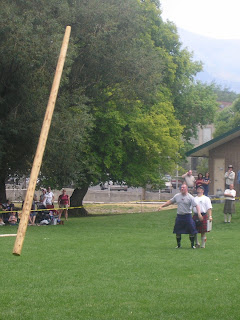 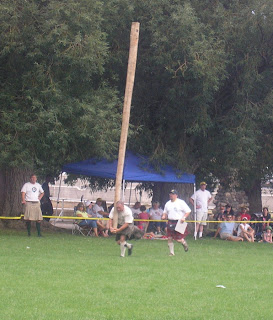 I've also been selling at a farmer's market in Park City, close to the area where they had part of the 2002 Winter Olympics. It's a beautiful area and I feel like I am able to find my target market there! Can you say tourists? I've included two pictures here, one was taken my first day at the market, the next was taken a couple of weeks later. There is so much smoke in the air in the second picture from all the fires in the state! Cough, cough! 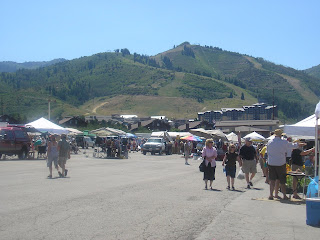 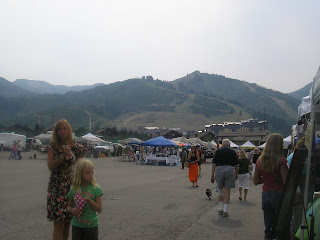 That is NOT an overcast sky, folks! In between all these "fun" events, I'm trying to work part time at my husband's office for the state, it's temporary until the end of September, but I'm hoping to keep enough of the money for a bigger kiln! My poor table top baby is so tired now! So I hope everyone's summer is passing in a style they would like; mine's not too bad considering there is no vacation for me! Ah well! 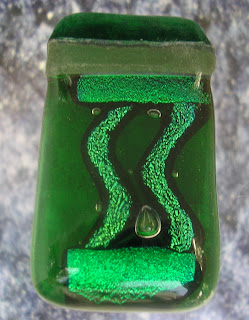 Posted by CeltCraft at 3:11 PM No comments: Links to this post