Who Me? Taking Personal Responsibility 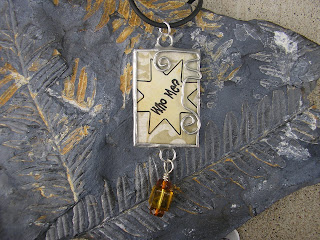 When did we feel that someone had to "pay" for an accident? Is that the result of lawyers trying to drum up business or of a greedy society as a whole? (Hmmm, blaming someone, again.) When did we decide that we could sue for something that happened to our ancestors because we belong to a specific race or culture? Should I sue the English government because I'm Scottish and my ancestors were Highlanders? Yeah, that's not a "hot button" topic, so of course that would just get laughed at. My particular religion was very mis-treated at the hands of the US government, our arms taken away and our homes burned, and no redress given, even when appeals were taken to the President. There's royalty in at least two lines of my heritage. Should I start some campaign or law suit to regain the land and houses my ancestors lost or to gain control over what I could have ruled? Now THAT could start an avalanche! Everyone probably has some story like these in their past, but maybe we only tend to give sympathy to those stories that mysterious "society" decides is politically acceptable.

I think it's probably wiser to take control and take responsibility for my own little corner of the world, and think about what I can do to make that better all on my own. Hopefully I started with my kids. Neither one is in jail, both have married wonderful people and have started raising beautiful families of their own. I'd like to think I taught them values and how to make amends for any wrong doing. I remember finding out my daughter had been taking mail out of a neighbor's box on her way home from school when she was still quite young. My husband took her to the neighbor's house and made her return the mail. The neighbor, thankfully, could see what we were trying to do, and brought out a picture of her son, and explained that he was far away, and she was worried because she hadn't received any letters from him. As far as I know, except for the occasional article of clothing or small kitchen item from me, that was the last thing my daughter took from anyone without asking.

Was I a perfect parent? Ha! Don't I wish! But I did the best I could, and still try to support them and even teach them, now that they are "on their own". All I could ask is that others would do the same. Somehow we are losing the sense of what family means. Parents can't be friends. Parents have to discipline, no matter how hard it is. There have to be clear rules and clear consequences for breaking those rules. Simple yes, but hard to do as well.

I also need to stand up and take responsibility for my art, and the sales of the items I make. It's part of the reason I signed up for this blog group. Yep, it's a lousy economy and artists are struggling. However, art and jewelry items are still being sold. So, I can't just sit back and whine that I haven't sold anything in two weeks. I have to take the responsibility to step up my game. Make items that make people WANT to buy. Blog more regularly. Reach out to more people. Make myself visible out there. I've got a plan as to what to do each day of the week, and by dang, I'm saying here in black and white that I'm stepping up to the plate and going to be active. You're gonna be sick of me!

As part of this accountability, I'm going to be letting you know just how well (or not!) I'm doing as part of this. I'm going to let you know of things I try that I read out there about how to increase your sales. What works. What flops. Hopefully I can share some meaningful insights along the way. Anyone wanna come along on the ride with me?
Posted by CeltCraft at 6:09 PM 6 comments: