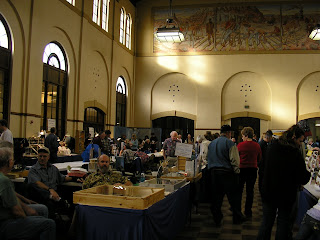 Every year I'm invited by the local gem and mineral club to demonstrate lampworking. So I lug my torch and small kiln down there and sit for three days playing in my torch. I really don't sell a whole lot of stuff at this show so why do I do it? Because I get to sit there for three days playing in my torch! It's the best practice time I get all year! All the local elementary schools come on Friday, and with all those kids around it is total chaos!!! But then Saturday and Sunday the adults stroll around and I actually get a few people interested in the fact that I'm playing with fire. 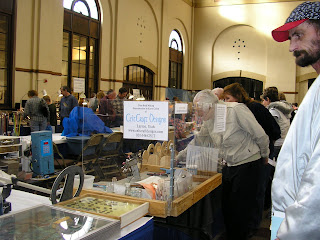 This show is held in the old Union Station building, which is a pretty cool place. You've got to remember that I'm in the area where the golden spike was laid to join the east with the west. There are some beautiful paintings depicting the construction on the walls. Railroad is big here. I didn't get any pictures of it, but the rail car they used during the torch run of the 2002 Winter Olympics is housed here too. Soon it will be a bustling railway station again as it becomes a stop for our new light rail system that should start operating in the next month or two. 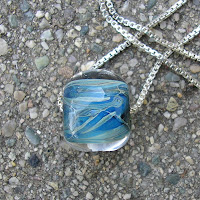 So this year, before the show, I ordered in some borosilicate tubing and actually played with blowing stuff from the tubing. I am totally hooked! I really had a blast playing with this and I need to search the 'net for some fun ideas and instructions. I'm still trying to get the hang of the implosion thing for marbles and pendants but I'm no where near there yet. So here is a few of the beauties I made this last weekend, as well as pics of the show, and my torch setup there. 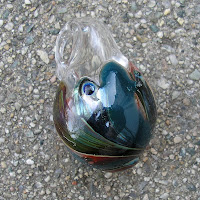 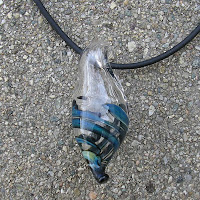 Posted by CeltCraft at 6:10 PM No comments: